The Greatest Rock Bands of the ‘70s

The 1970's are called as Golden Era of the Rock Bands. These days, many old genres remained, such as a hard rock that became popular and many types of rock music. Moreover, numerous group bands are still challenging to make their mark to be known. Nonetheless, these following bands were extraordinary more than everyone else. Here are the top greatest band of the '70s that everyone considered.

This phenomenal band group should not be lost in the list. With the tandem of songwriter plus vocal artist Paul McCartney and John Lennon together with their lead guitarist George Harrison. They were producing so many great hit songs and movies at the same time, one of these is "Love Me Do", "A Hard Day's Night" influential movies and "Let it Be" in 1970. Nowadays, many are still remaking their songs because of their legendary type of music style, they were acknowledged how great they are as a best selling and influential musicians of all time. 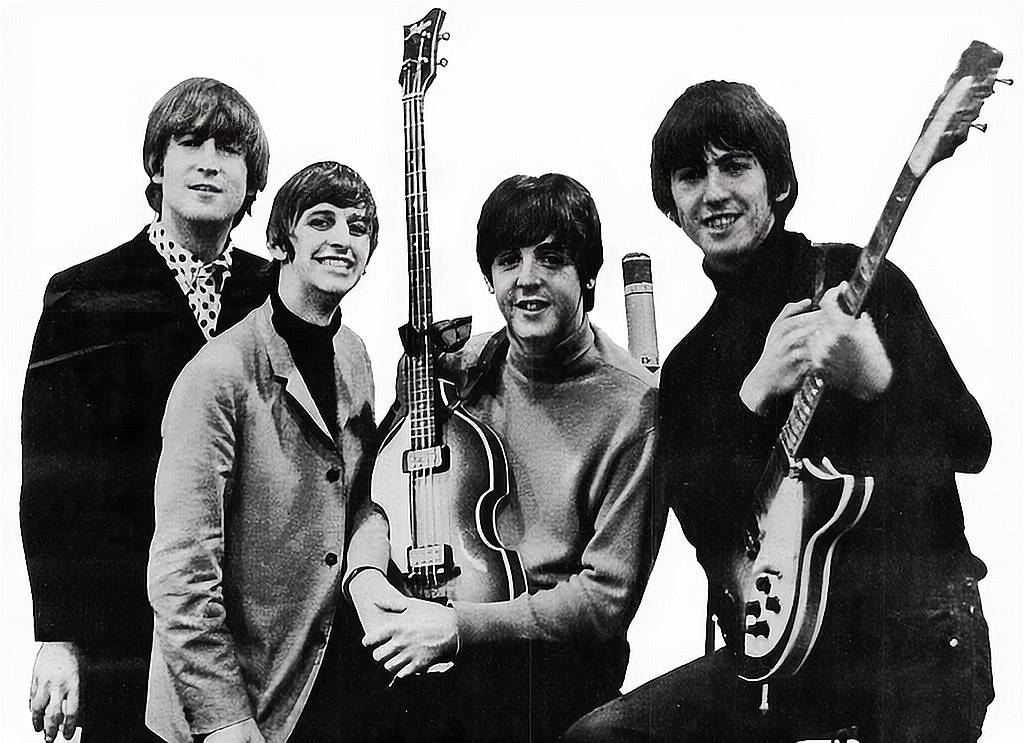 Literally known as fabulous four for their effect on the generations of youth from influential music up to their varieties fashion style. Mostly popularized in wearing bright colors, decent suits, and collarless shirts and boots.

An English rock band found in London included vocalist Robert Plant, drummer John Bonham who died in 1980, and guitarist Jimmy Page. The group had an incredible appearance in 1969 and became very successful in 1970. Their remarkable big hit iconic song “Stairaway to Heaven” in 1971 is their greatest work with astonishing heavy metal, several masterpieces, and unstoppable live performances. 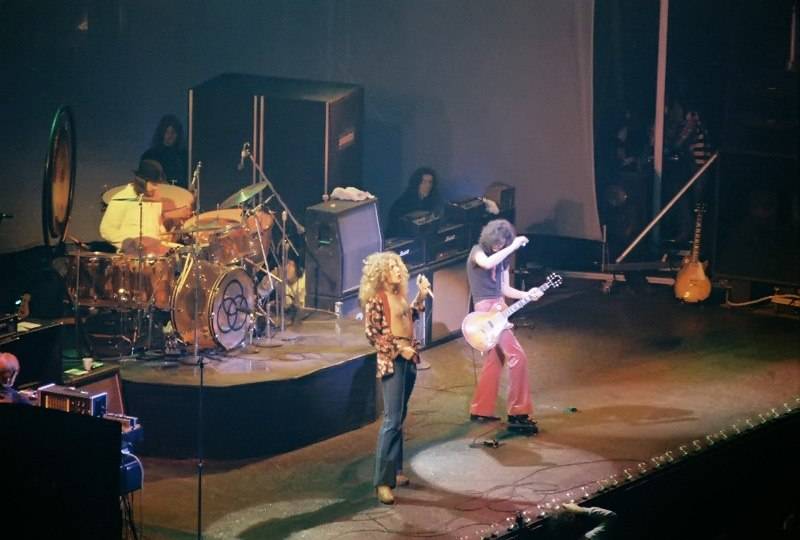 The group also left a trademark in their legendary fashion style as a long-haired man with velvet trousers, transparent shirts, and fridge boots. Their fashion continues to inspire today, turns into modern fashionable editions.

Ground rocks band appeared in the late 1970s. Leading members are Steven Tyler the lead vocalist, drummer Joey Kramer, guitarists Joey Perry and Brad Whitford, and the bassist Tam Hamilton. Their main style is in blues-based hard rock and pop-rock, as well as the varieties of heavy metal they could play. "Walk this way" is the single account song that has been a signature record, originally released in 1975. Well to be known as the best-selling American hard rock band of all time. 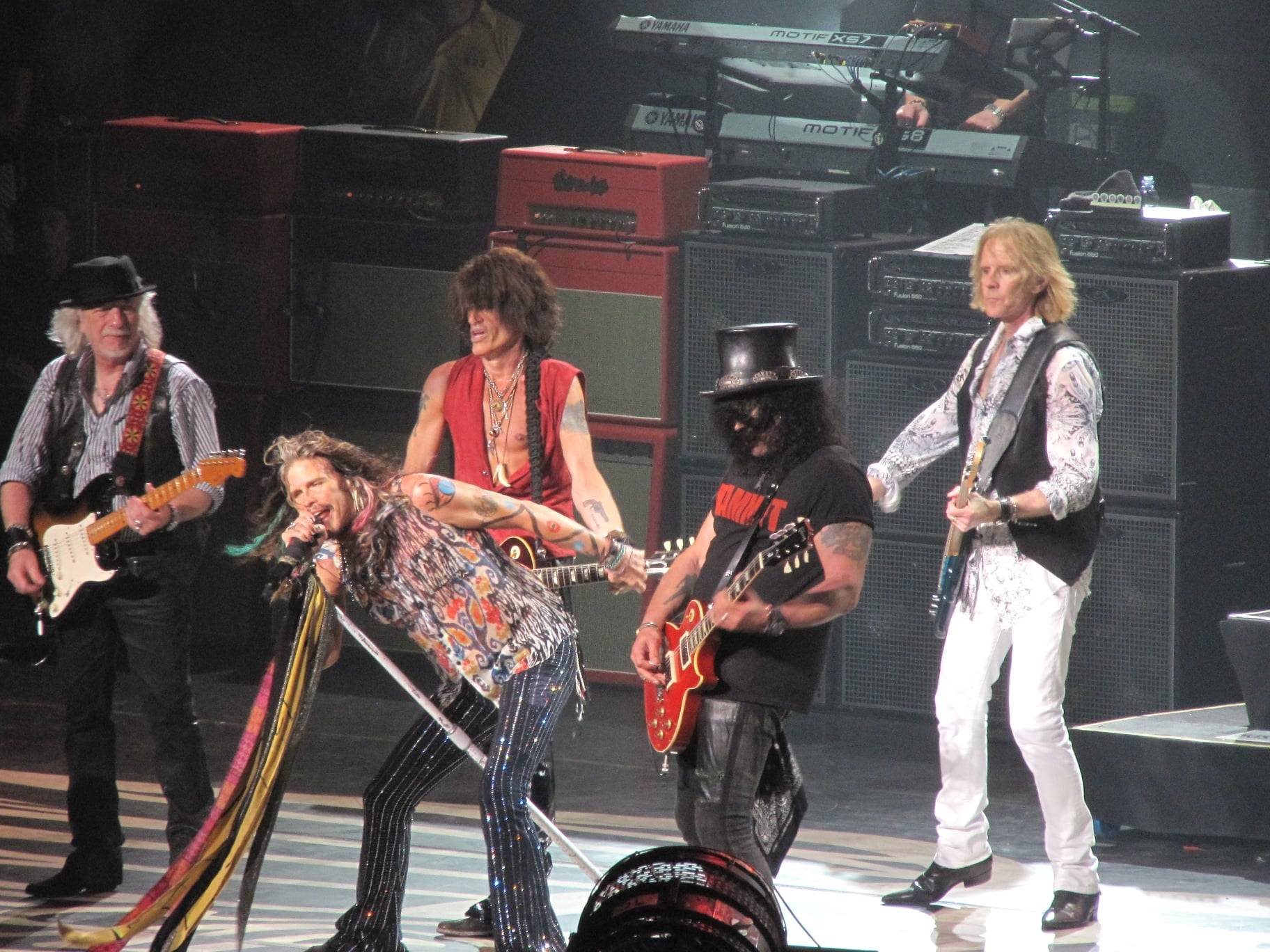 For the most part Steven Tyler's unique taste of fashion's described sort of transcending style. Mostly wearing printed design, skinny jeans, more of lace and scarves. Some people find it cool and very unique but many unavoidable critics are intrigued by his distinctive style. 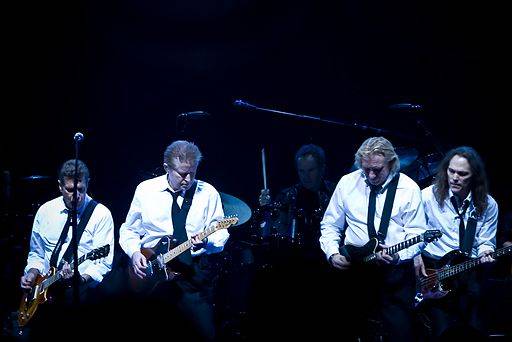 The original four members of the American group were Randy Meisner, Don Henly, Glenn Frey, and Bernie Leadon. Later on, the following members included Joe Walsh and Timothy Schmit. They have known for their country rock music style and their significant works "Desperado" in 1973. One of the reviving songs is "Hotel California" in 1976, singers were influenced and remake it into their style that the original singer remains acknowledge today. 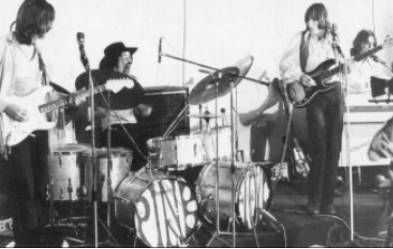 Started in1965, an English rock band was created under Syd Barret, (lead vocalist as well as a guitarist) and Nick Mason (drums) Together with their members Roger Waters and David Gilmour were recognized as a psychedelic rock band and became even popular in their style of experimental and progressive rock. Albums like The Dark Side of the Moon, Wish You Were Here, and The Wall solidified their band group status. Soon After they realized to break up and be free in different directions. But their kind of music is still relevant. 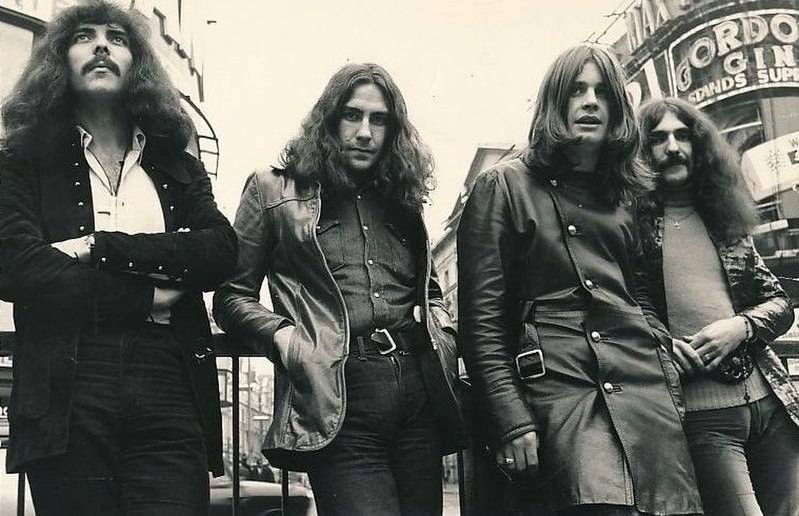 They were commend as a pioneer of heavy metal rok.Principal member are Ozzy Osbourn (vocalist), Tony

One of the rock bands that is easy to notice because of their prominent history of rock music. Their center was Freddie Mercury (lead vocalist ), John Deacon (bass), Bryan May (vocalist, guitarist), and Roger Taylor (drums, vocal). Their successful records sales reach up to 300 million considered as world chart-topping music in history. One of these is Live Aid performance which tends to benefit and fundraising concerts. With all the fame they have, it doesn't surprising that the band's story turned into the movie The Bohemian Rhapsody. 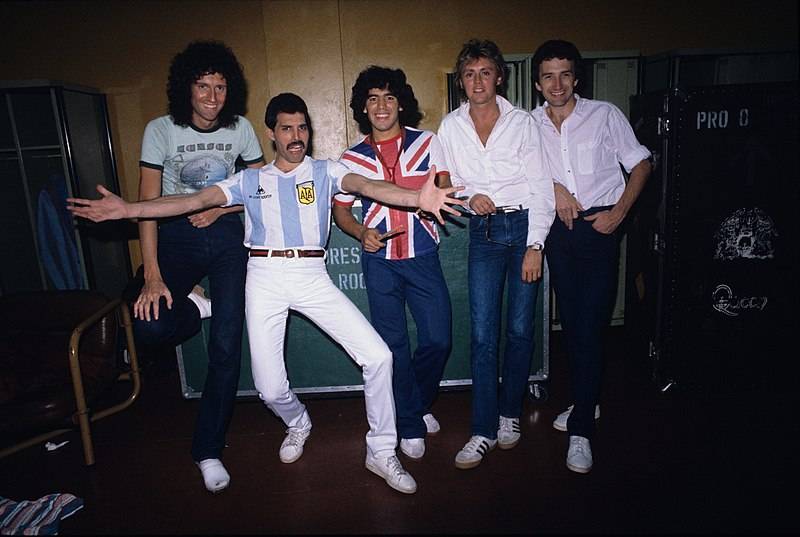 White tank top with light blue jeans has been a trademark of Freddie Mercury, but in real, Queen's iconic style was described as fascinating and unwavering. 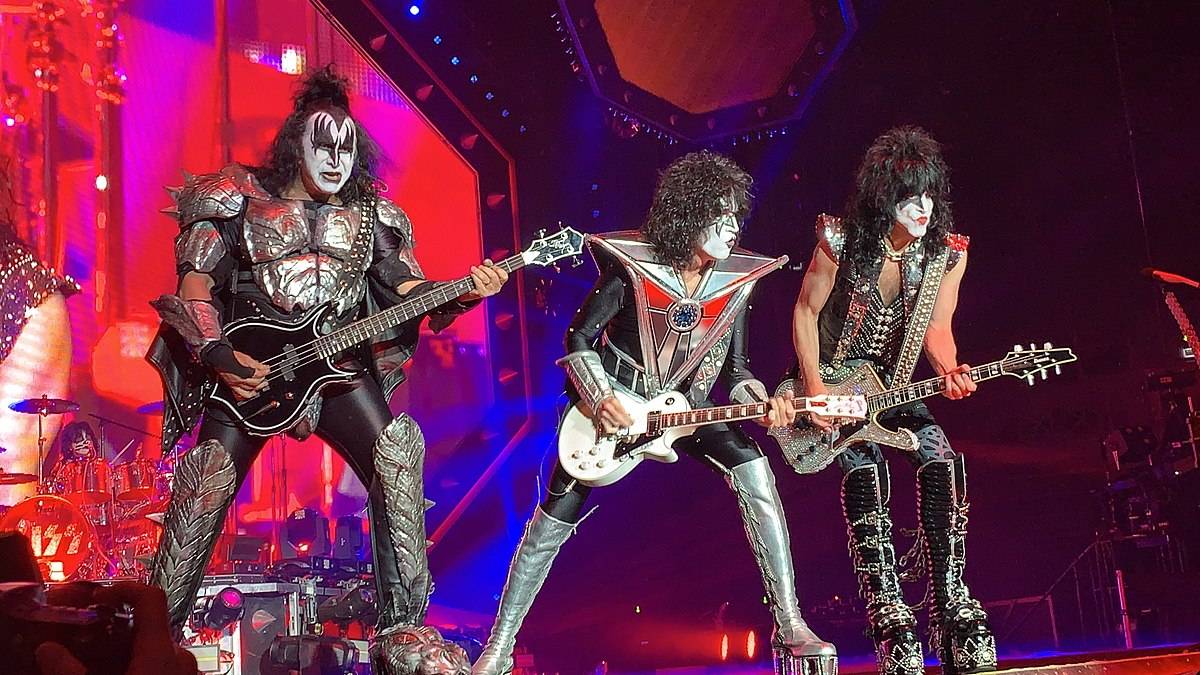 An American hard rock band from New York , Kiss Band was formed in January 1973 by Paul Stanley, Gene Simmons, Ace Frehley, and Peter Criss. They are well known for its members' face paint, stage outfits and shocking live performances that includes smoking guitars, levitating drum kits and pyrotechnics. They represents the most extreme form of hard rock in 1974. Kiss has introduced their "unmasked" era during 1983 when they performed without make up and costumes. Members of the band have been changed overtime and in September 2018, Kiss announced that, after 45 years of recording and performing, it would be embarking on its ongoing final tour, the End of the Road World Tour, which started in January 2019 and is currently set to conclude in 2022.

The amazing history of the ‘70s rock band had an abundance of remarkable talent and instantaneous outstanding rock ever. 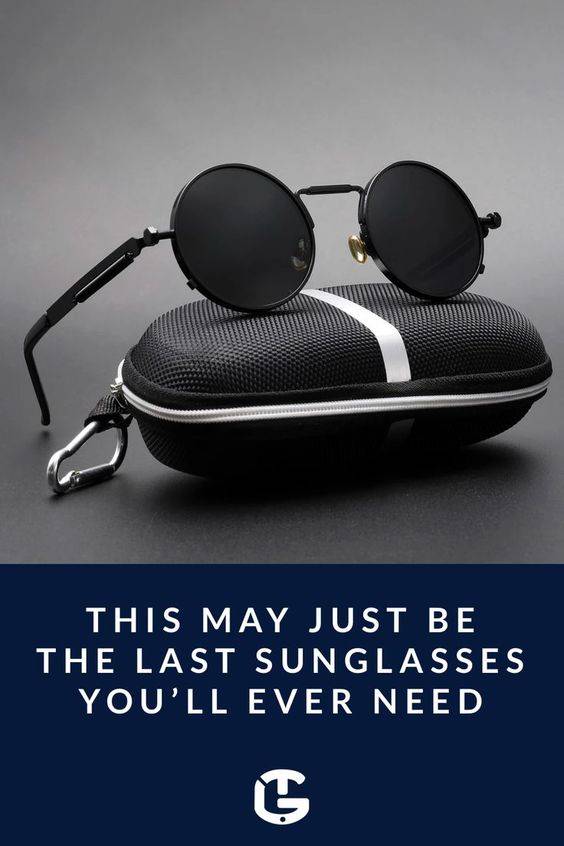 Your cart is currently empty.

Connor Chronograph Watch
$ 130.00 $ 65.95
You have successfully subscribed!
This email has been registered
Close