Skip to content
Cart
Why Men or Women Should Consider Wearing Unisex Sunglasses?
Sunglasses designs are always changing in every generation and decade. You may see sunglasses from the half of the past century is more conservative in style than the sunglasses of the past decade.

Gender-specific sunglasses or even in fashion are the ones that are recognizable when you visit a mall or clothing shop. However, a small number of people consider wearing some kind of sunglasses that merge the men's and women's qualities.

Have you heard about the term “unisex”?

By definition, unisex can be understood as referring to one thing (such as a clothing style or hairstyle) that is shared by both sexes and is a much newer word. The word was coined in the 1960s and was first used in a more casual setting. Its development appears to have been influenced by words like union, unified, and universal, from which it derived the idea of something shared. In reality, the words unisexual, which means 'of one sex or relating to one sex,' and unisexuality, which means 'the state of being unisexual'. Both of these terms date from the early 19th century.
Let us know always that men’s and women’s sunglasses have their key differences relative to their design, frame shape and size, and color choices.

The women’s sunglasses (below) are intricate in their designs while men’s sunglasses are more simple and straightforward.
The frame sizes in men’s are smaller as compared to that of women, as the frames on men's sunglasses closely resemble the frames of standard glasses. Women’s sunglasses have extremely larger frame shapes/designs with thicker arms. These features make the women’s facial feature looks smaller. The overall frame design has more curves, both around the eye and along the arms of the sunglasses. 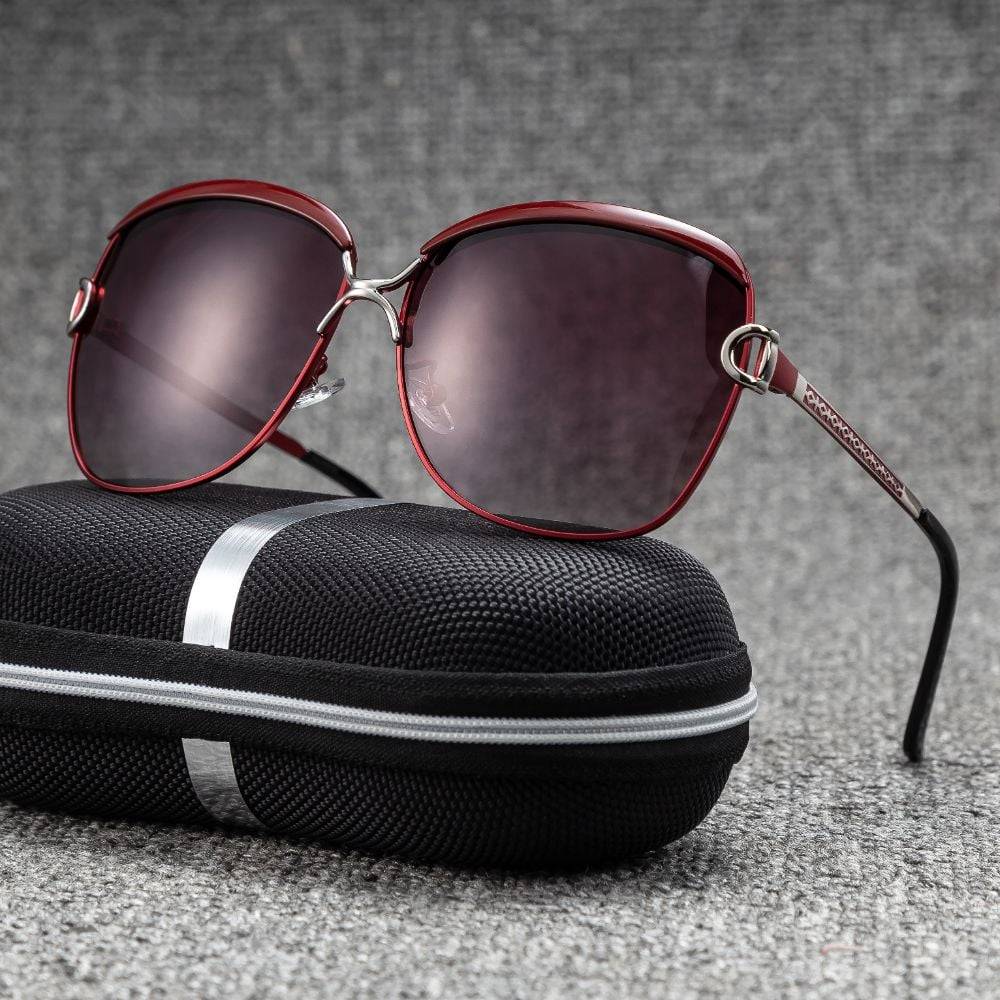 The arms of the men’s sunglasses are much longer and the nose bridges are wider than women’s.

Men’s sunglasses have darker in color since men are choosy in choosing out one, hence, most of the sunglasses have standard colors, which they are considered formal and general. But mostly, there is no one color that is specific to one gender.

Unisex sunglasses are not a new concept.  John Lennon made round wire frames not only acceptable but sought after, by men as well as women. Thus, combining men's and women's qualities in sunglasses is a trend that started way back since the Beatles in their prominent days. 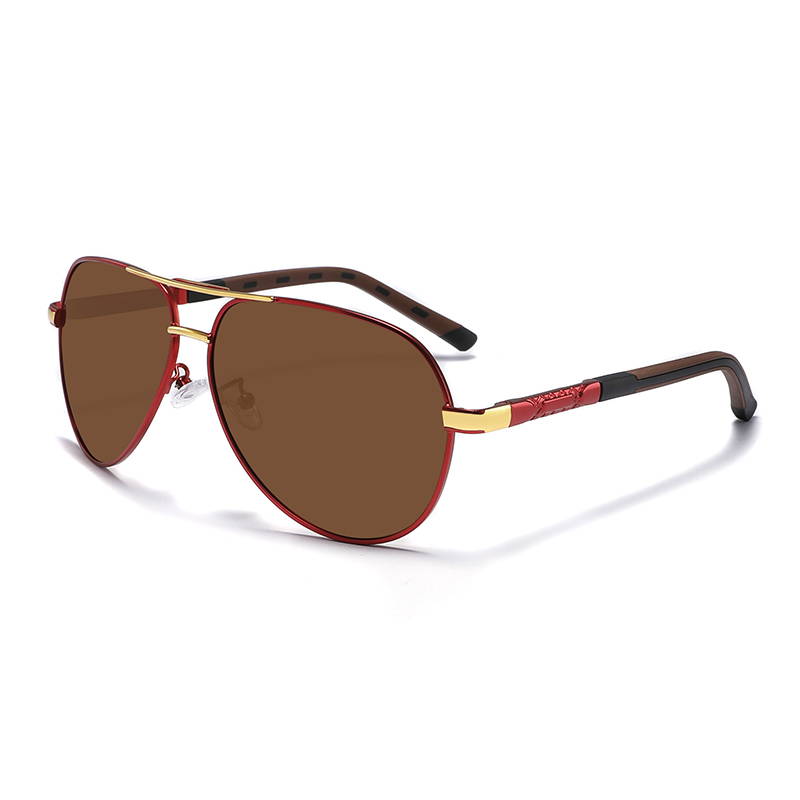 Let’s take a look at this pair of unisex sunglasses (above). You may notice its frame size to be large enough for a man to wear but the arms are not that thicker as compared to women’s sunglasses. The nose bridge is a little wider to fit onto men’s. This is one of the types of unisex sunglasses (aviator sunglasses), in which, prominent people like celebrities such as Brad Pitt and Tom Cruise, wore.
Angelina Jolie and other female celebrities also consider wearing unisex sunglasses. Mostly, you will see them wear one while in their casual clothing, mingling in public.
Some of the characteristics of unisex sunglasses such as with a large lens and frame could make you a celebrity-looking or a prominent-looking person. That’s why most people consider wearing such sunglasses with a large frame and lens so they can look like famous people. Even pranksters, imitating a celebrity or any personality in public, wear one because they can fool people with its look.
Police officers wear a pair of aviator sunglasses too. That's why they look confident and highly esteemed in their uniforms.
Unisex sunglasses can boost your self-confidence since wearing one can make you look formal and respectable in the eyes of other people. You may mostly see male or female models wearing them when they ramp up on the stage. 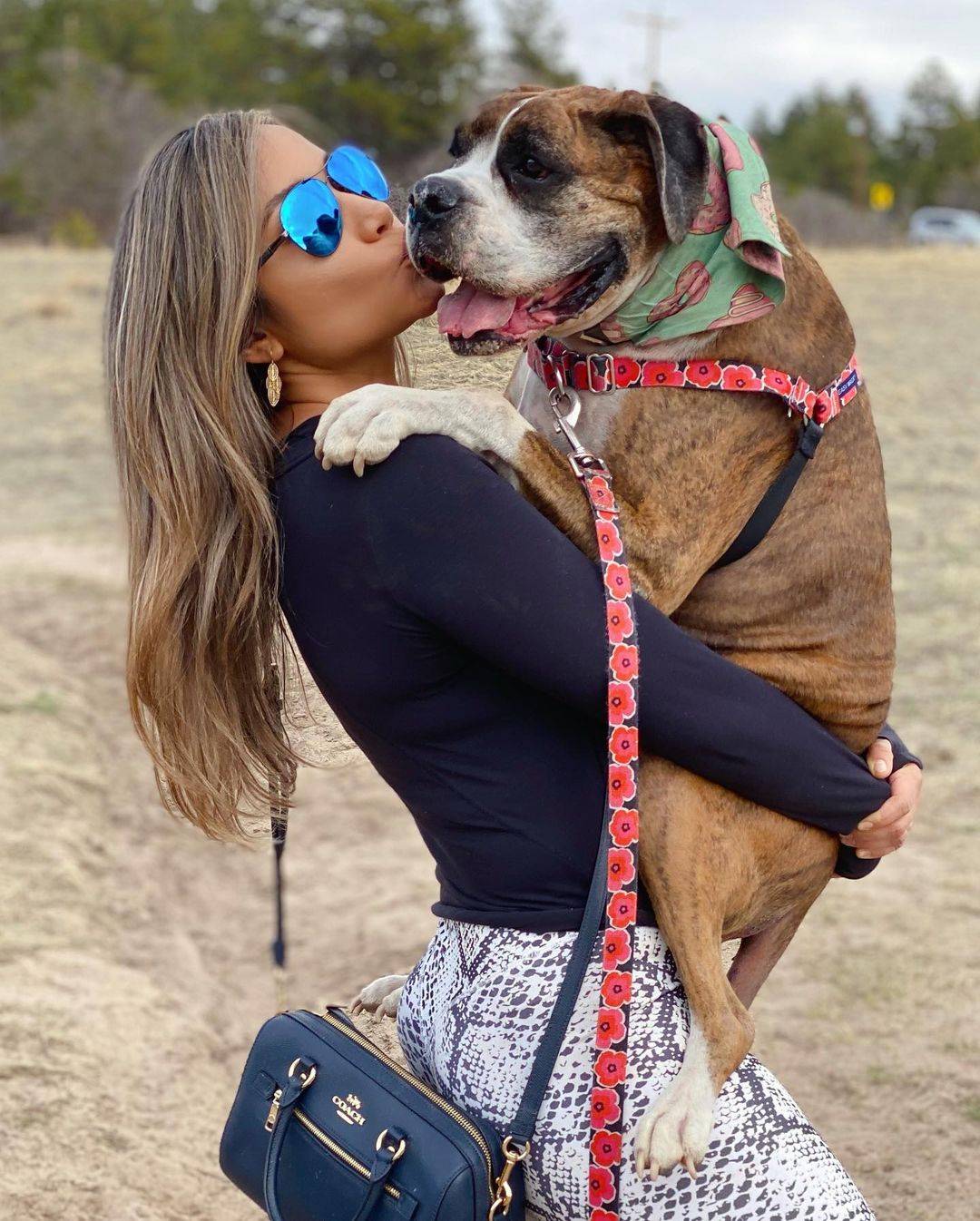 In conclusion, there are reasons that can consider in wearing unisex sunglasses. It may be the frame size and shape, the color, or the outward design of the sunglasses. By having confidence and self-esteem will make you think you can wear one. Choosing one according to your style should reflect your personality and the image you want to express to others. If you don’t want to wear it but choose to have one, there are also ways you can include them in your style. You can wear them on your head, put a neck strap on them, or hang them on your shirt. Overall, wearing unisex sunglasses or gender-specific sunglasses can protect your eyes from the sunlight, especially sunglasses with UV protection lenses.
Click here to discover what we have to offer about unisex sunglasses! 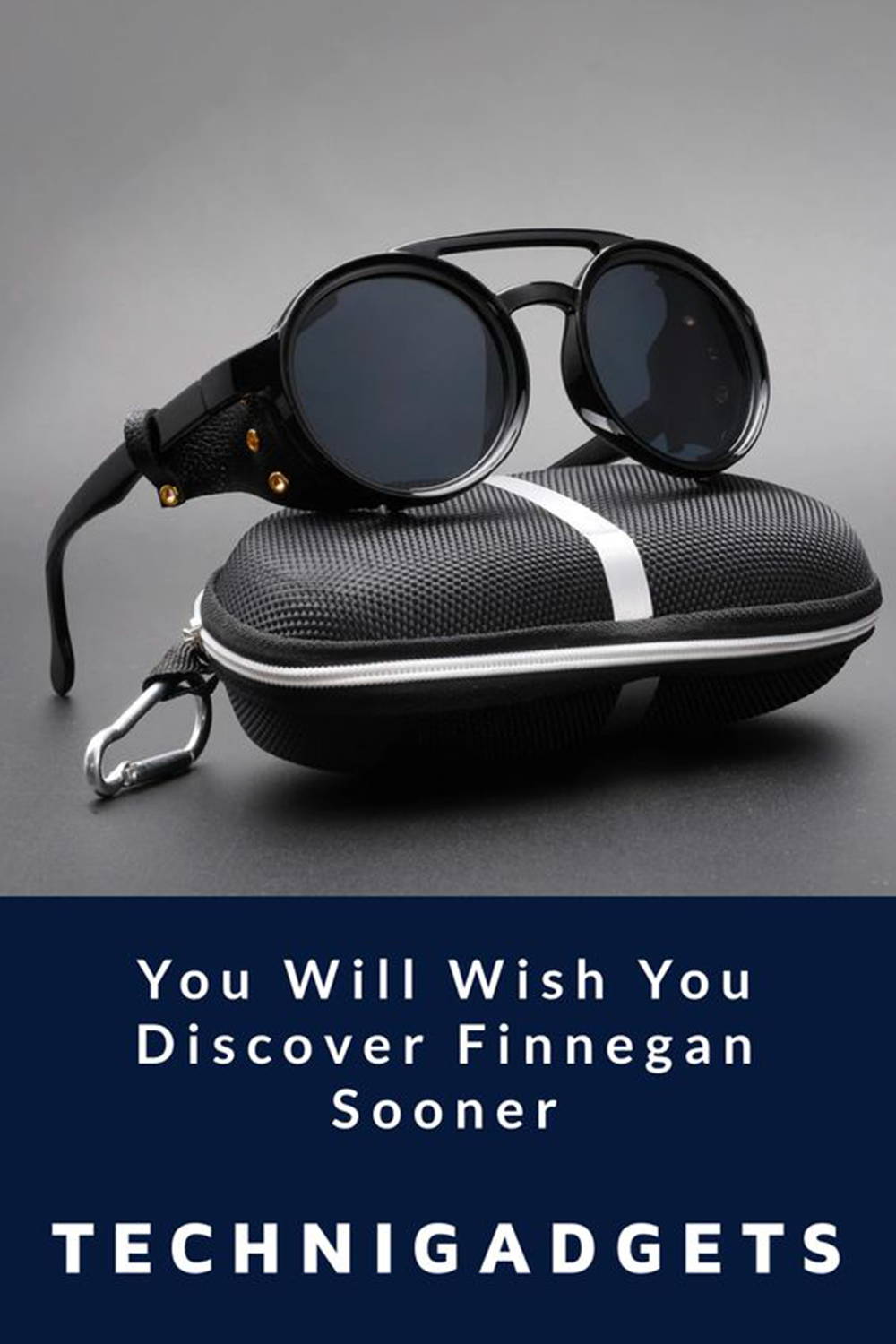 Glass vs Polycarbonate Lenses; Which One Are The Best Lenses?

Glass lenses have been used for over a thousand years. In 1953, polycarbonate lenses, sometimes known as "plastic" lenses, were...

Glass vs Polycarbonate Lenses; Which One Are The Best Lenses?

Have you ever caught a glimpse of yourself in a pair of sunglasses? These are known as mirrored sunglasses, and...

Are Polycarbonate Lenses Worth It? (Their Advantages and Disadvantages, Too!)

Choosing eyeglasses these days is about more than simply design. You should also think about the material that your lenses...

Are Polycarbonate Lenses Worth It? (Their Advantages and Disadvantages, Too!)